Soft launch of premier edition of Pakistan International Maritime Expo & Conference (PIMEC) was held on 26th July at Islamabad. Federal Minister for Defence Khawaja Muhammad Asif was the Chief Guest at the Launching ceremony of the exhibition. PIMEC is scheduled to be held at Karachi Expo Centre from 10-12 February 2023.

PIMEC - 2023 is a platform that would facilitate private-public partnerships to explore new avenues of cooperation and investments with the international maritime industry. Stakeholders from hydrocarbon industries, coastal development, shipping, port infrastructure, fisheries, marine tourism, offshore renewable energy, aqua culture, seabed mining and marine services will exhibit their potential under one roof. This three-day event will provide a perfect platform for B2B interaction, joint ventures and cooperation amongst the participants both from home and abroad.

The Honorable Federal Minister for Maritime Affairs, Syed Faisal Ali Subzwari while addressing his keynote mentioned that Ministry of Maritime Affairs is not only patrons but the partners of Pakistan Navy in this great endeavor of PIMEC 2023. The Minister further stated that the Ministry is looking forward for a successful exhibition which will be held after every two years and it will become a success model for Pakistan’s maritime exposure and potential.

The Chief of the Naval Staff Admiral Muhammad Amjad Khan Niazi acknowledged the dynamic participation of guests that added great value to the event. Naval Chief apprised that PIMEC will be the flagship event of Pakistan and is planned to be held biennially for demonstrating latest technology of national and international maritime industry. The exhibition will serve as one of the international gathering of entrepreneurs, R&D specialists, financial experts and top-level policy makers to boost cooperation, share knowledge and support ventures in the maritime field. The Admiral expressed his gratitude and hoped that with zeal & zest, meticulous planning and cooperation from all the stakeholders, PIMEC-2023 will prove to boon our national economy and help raise our international stature.

On the occasion of soft launch of PIMEC, the Minister reiterated to bring those who can invest in fisheries sector through PIMEC. While stressing on the importance of Blue Economy, he stated that unfortunately, despite of having immense blue resources, a lot them are untapped. He stated; “Like fisheries, we are exporting just couple of 100 million dollars every year to International Market while by investing and focusing more on blue economy, we have potential of taking it up to more than a billion dollar.”

He further stressed on the importance of Marine and Coastal Tourism and stated; “It is certainly about time, if we are not late, it is the need of the hour to explore ways to enhance marine and coastal Tourism.”

In his concluding remarks, the Minister stressed on the importance of focusing on both economy and security and stated; “We sincerely believe that economy and security go hand in hand, that is why in our national security policy, it is emphasized in more than one area that Pakistan needs to be sovereign and our economy is needed to be focused only then a sovereign and a strong Pakistan can flourish on the global map.”

The ceremony was attended by Federal Ministers, Ambassadors, military officials, Academia, Media Fraternity and distinguished guests from all walks of society 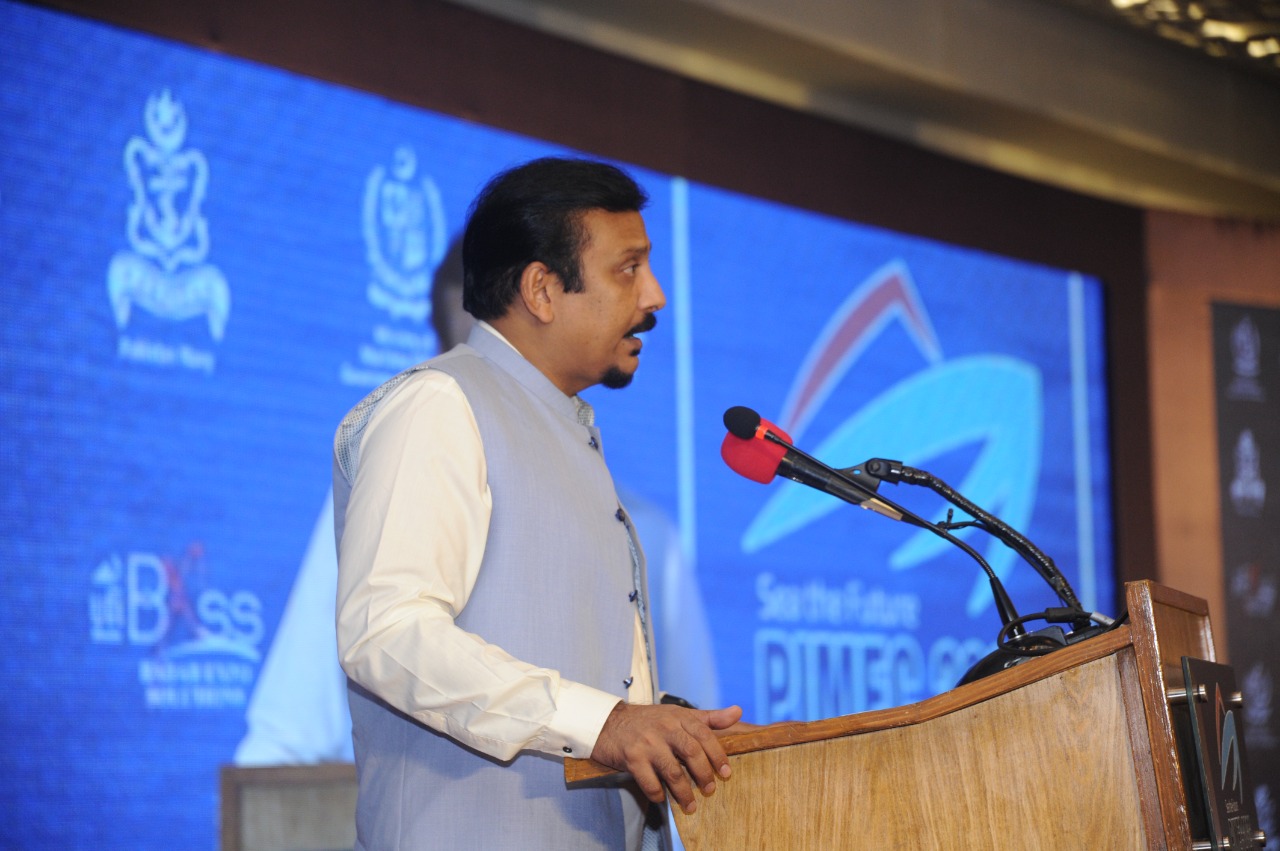 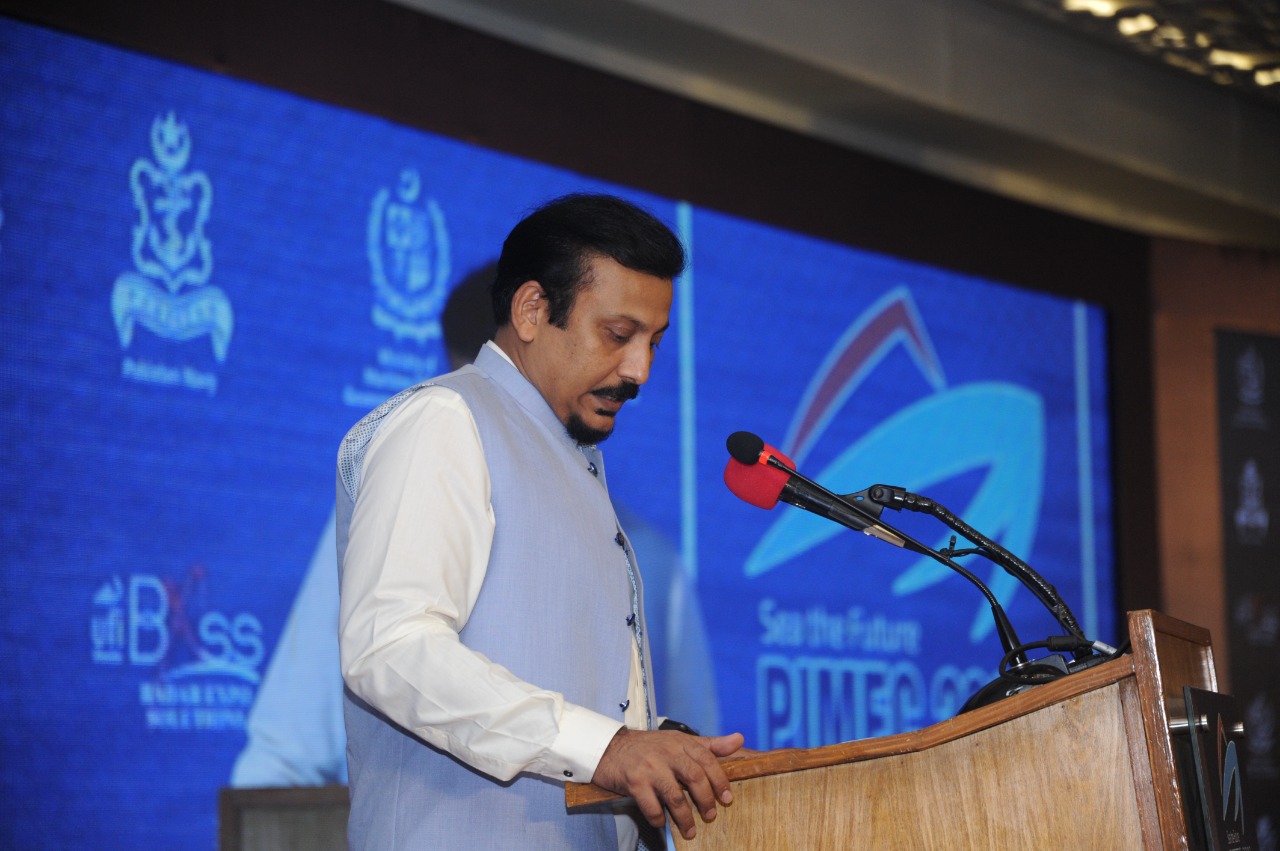 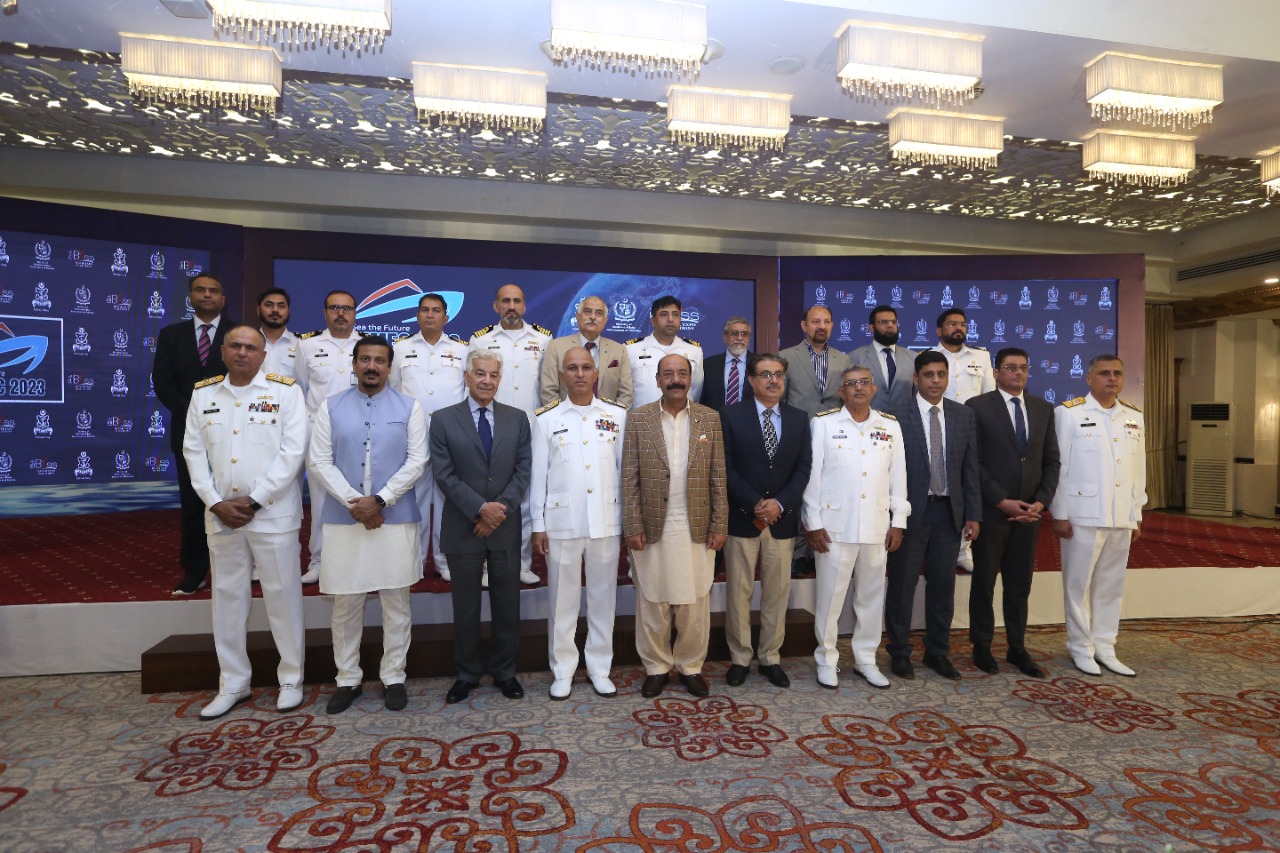 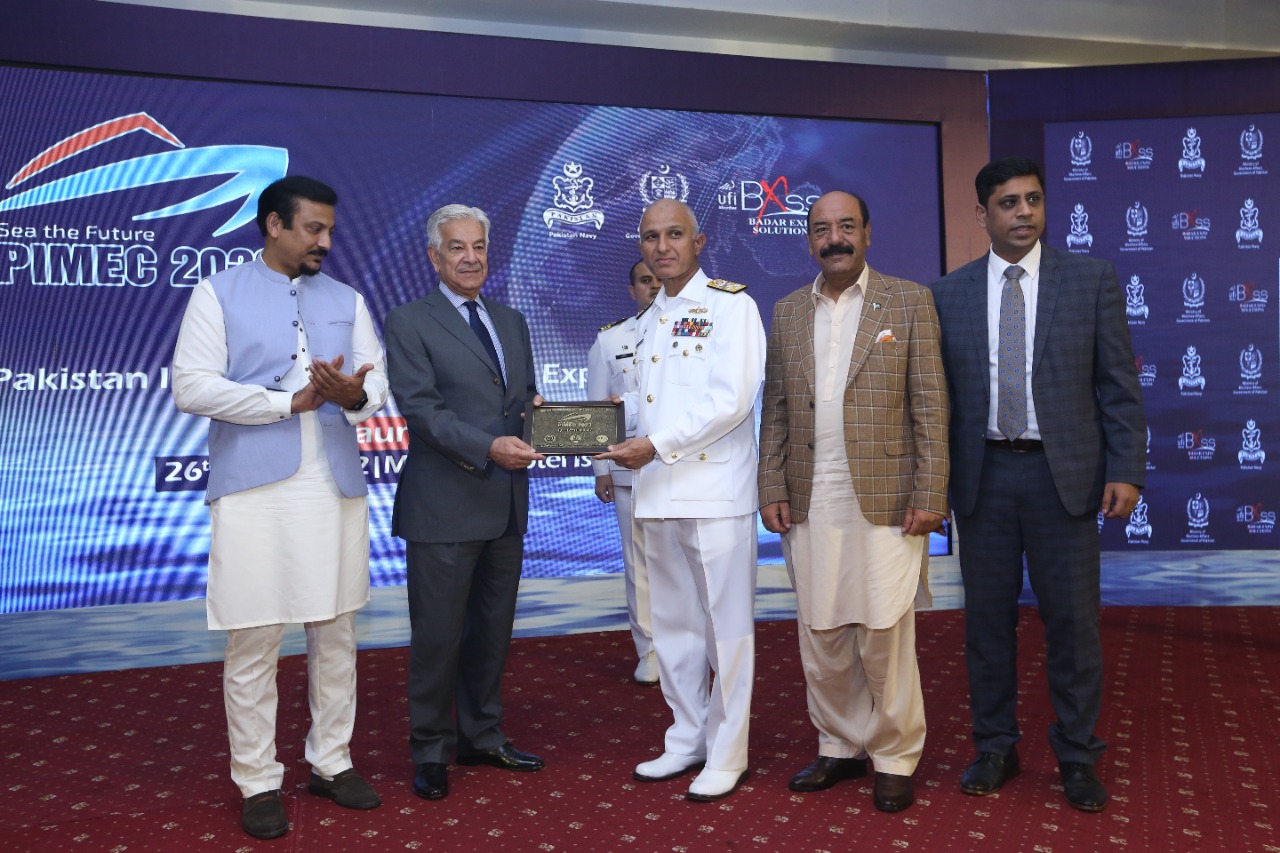 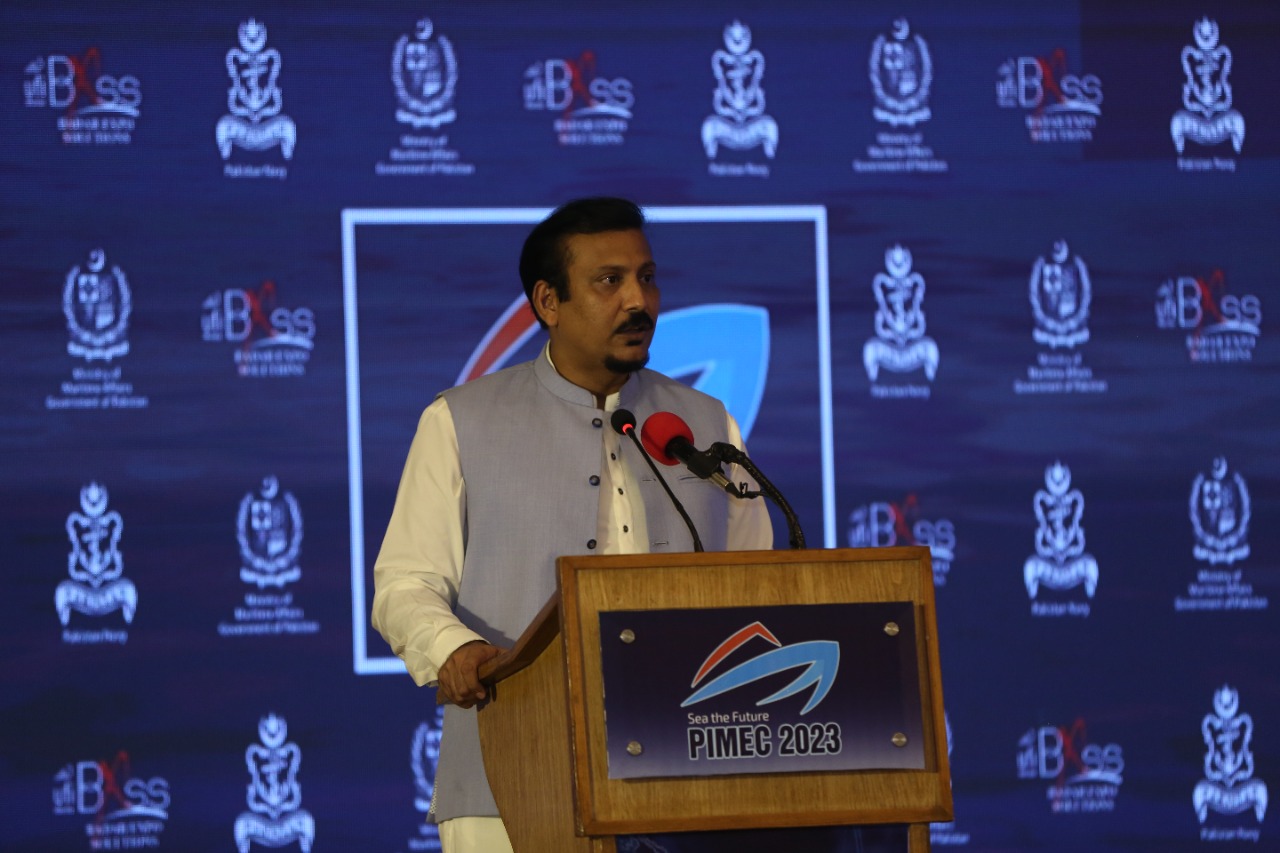 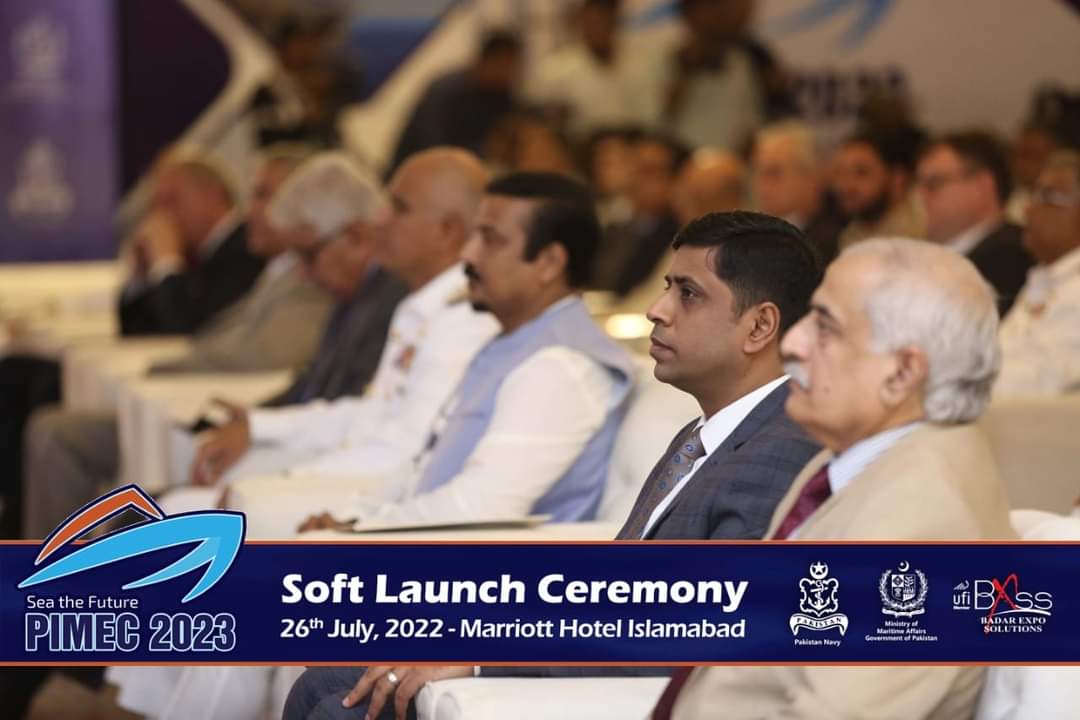 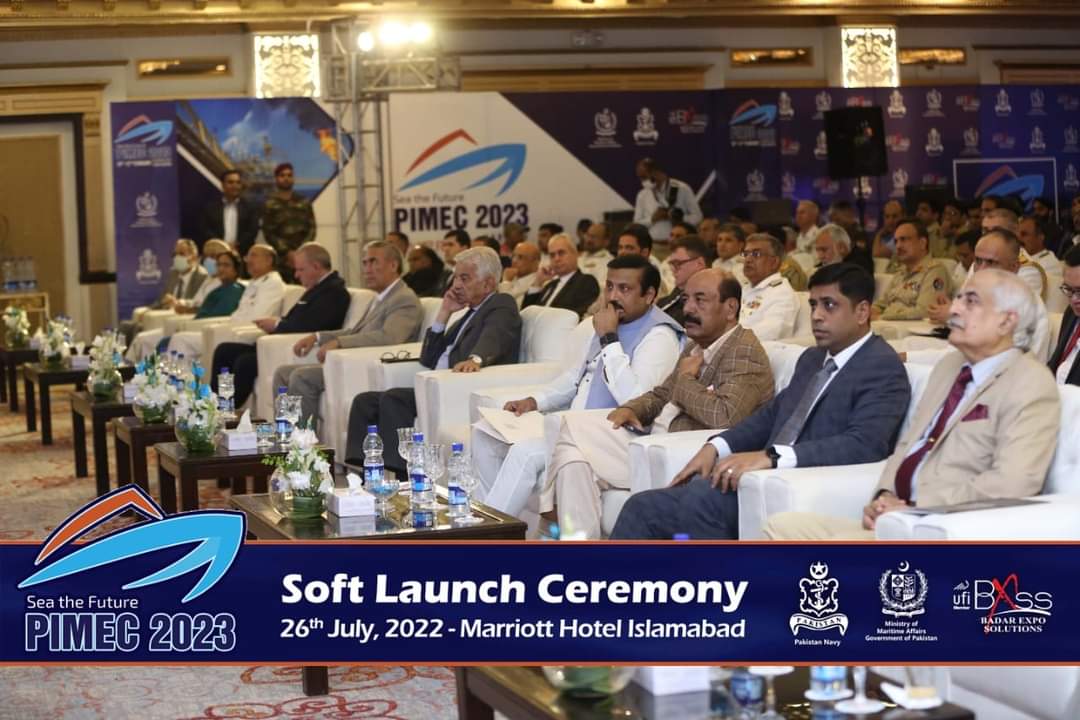 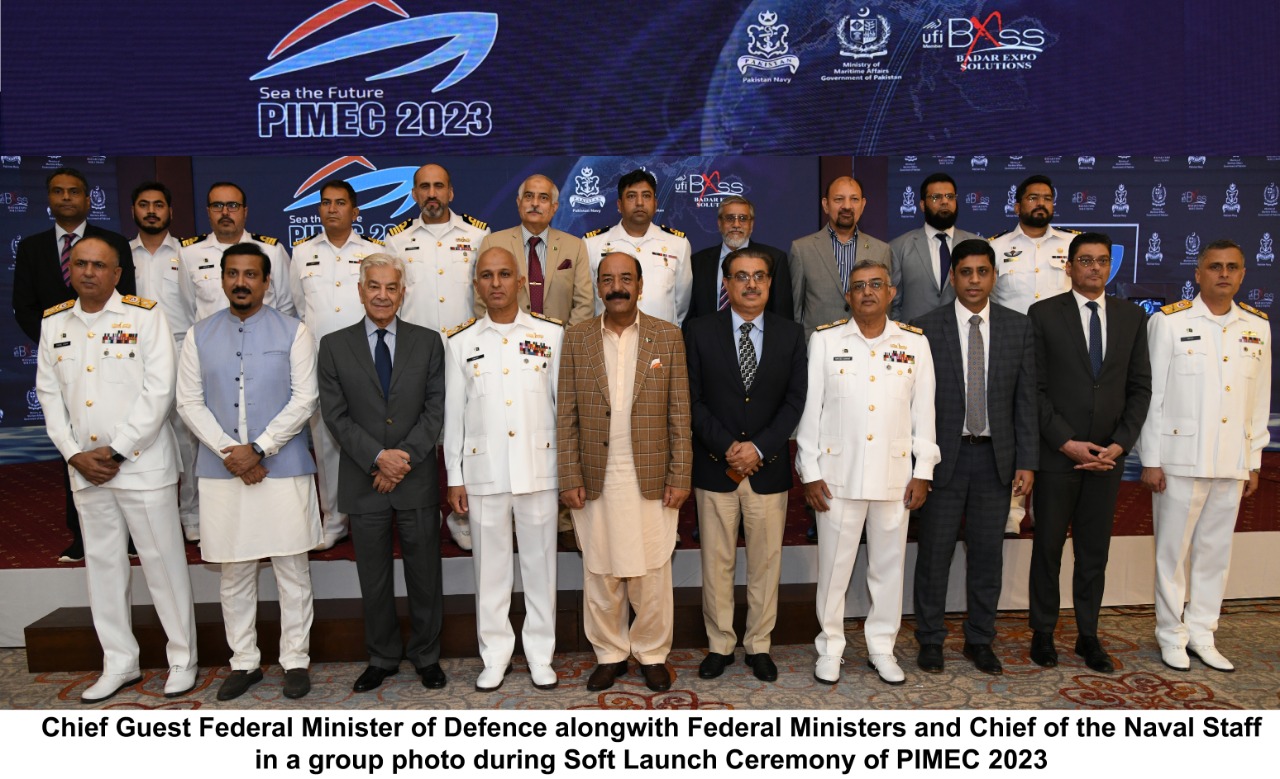