Federal Minister for Maritime Affairs, Senator Faisal Ali Subzwari announced to provide 2000 motor boat engines for Rs. 500m along with a floating jetty with the cost Rs. 267m to fishermen in Gwadar by the end of this year.

The Honorable Minister Senator Faisal Ali Subzwari attended the World Ocean Day Event organized by the Ministry of Maritime Affairs as the Chief Guest in Karachi.

Ministry of Maritime Affairs celebrated World Ocean Day along with conducting a consultative workshop organized by the World Bank (WB) on ‘Blue Economy Development Roadmap’ in collaboration with the Ministry today in Karachi.

The Minister while speaking highlighted the Development of Blue Economy (BE) Policy and roadmap as a special agenda of the Ministry of Maritime Affairs and appreciated the efforts of World Bank for conducting a detailed study on Blue Economy that will surely be beneficial for policy making in future.

While addressing, he stated that the purpose of the event is to create awareness in the people of Pakistan about the potential of our ocean as an important asset for sustainable economic growth as well as to take collective action to advance the sustainable utilization of our ocean.

The Minister reiterated that the Federal Government and Ministry of Maritime Affairs is and will remain committed and would be more active, efficient and available for all the stakeholders associated with the Blue Economy of Pakistan.

The Minister announced on the event that “For the people of Gwadar, we have promised some 2000 fisherman to provide them motor boat engines for Rs. 500m for effective fishing. We are also going to provide them a floating jetty with the cost of Rs. 267m by the end of this year.”

The Minister also stressed on the need of sector like Blue Economy to get more explored and also assured that in future, Blue economy Development would be a special agenda of the Ministry.

Furthermore, he assured working in close coordination with the Government of Sindh to address the issues related to fisheries and maritime sector development.

After end of the event, Minister also attended to the Q & A session of the electronic and print media journalists and aptly responded to all the questions raised regarding Blue Economy, Marine Pollutions and other issues of Karachi.

The event was followed by a technical consultative workshop organized by the WB in which Joint Secretary Maritime Affairs – Mr. Kamran Ansari presented his views on blue economy emerging trends and coordinated on behalf of the Ministry of Maritime Affairs. 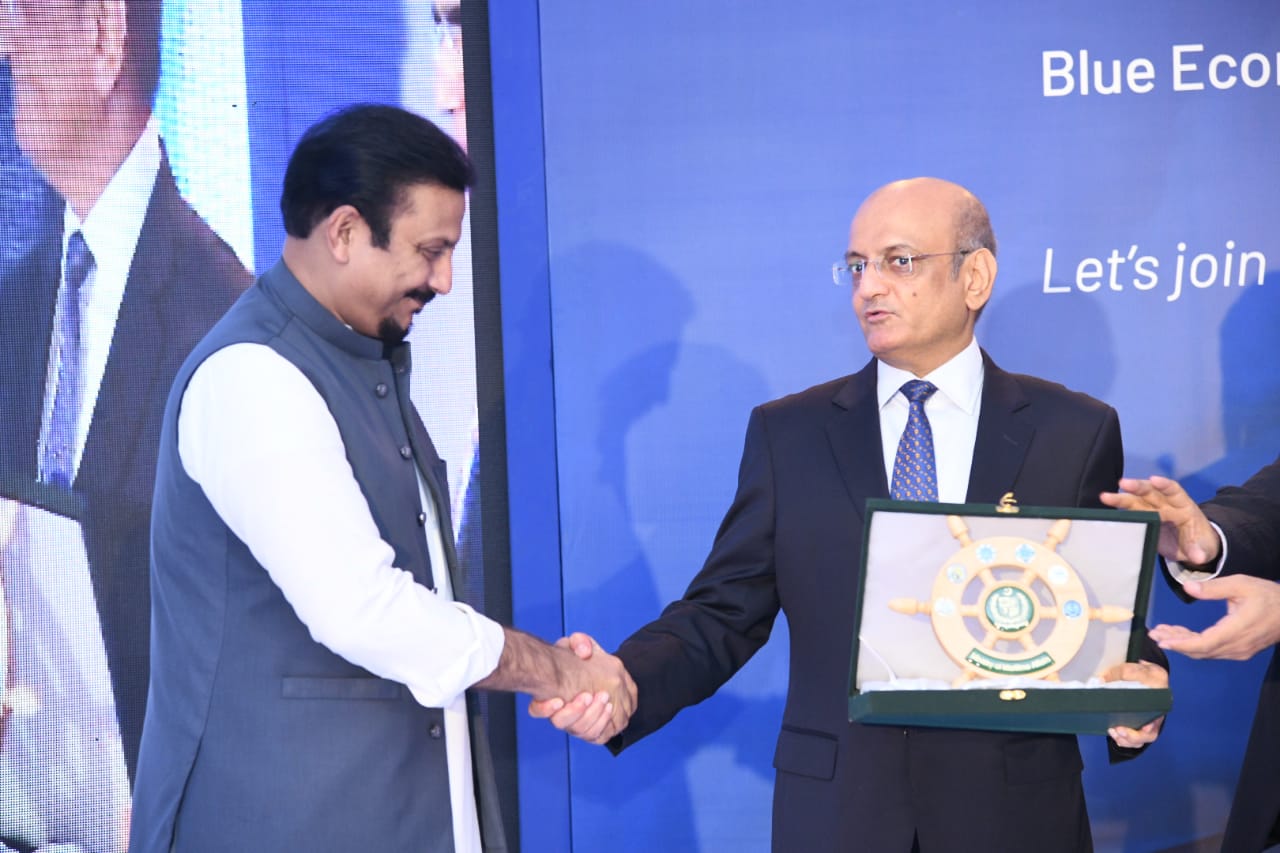